Where In The World Is Your Coffee From?

The state of coffee

As you probably know, coffee is one of the biggest commodities in the United States. The coffee industry is big business, what you get at the fast food restaurant or at the office doesn't even touch on the quality that is out there. Coffee roasting has become an art form. In a day when big companies use computers to do the dirty work, small specialty companies are still doing it the old-fashioned way with their experience and their brains. Roastmasters spend years honing their craft, and their experience is what makes for a great cup of coffee. These companies rely on freshness and quality to compete with the big boys who stock the grocery store shelves or ship it out to your local drive thru. You won't see any of their commercials on TV, even real late at night when there is the cheapest air-time.

These specialty companies are successful simply based on their reputation. They work to get the highest grade beans from all over the world. They test everything to make sure the quality is as good as it gets. Usually roasted in small batches to guarantee that nothing can go wrong. The time and temperature is completely under their complete control, and experience tells them when the beans are roasted perfectly. Any imperfections and the beans are tossed out and a new batch begins. They can do anything with coffee. They can create the perfect blends, add the best flavors, and guarantee that you will get the best cup of coffee that you have ever tasted. They rely on word of mouth, reviews, and tasting competitions to get their name out there.

But where is all of this delicious coffee sourced? After all, it's hard to craft a delicious cup of coffee with a bad yield of coffee beans. The following countries are the major players in the U.S. coffee market.

Coffee was first introduced to Brazil in 1727. Today, Brazil is the world's largest producer of coffee – producing about 25% of the world's supply. About 80% of the coffee beans grown in Brazil are Arabica. Brazil is also known in the specialty coffee industry. Brazilian farms grow primarily Bourbon, Typica, Caturra and Mundo Novo coffee cultivars.

The Brazilian harvests take place between March and October. The farmers harvest the coffee cherries by strip picking and other mechanical methods. Depending on the weather conditions, either the dry or wet method of bean processing is used.

Coffee was introduced in Columbia in the early 1800's. Today Columbia is second only to Brazil as the world's largest coffee producer. Columbia produces about 12% of the world's supply of coffee. The Columbian coffees are rich in flavor with a heavy body and bright acidity. They are known to be intensely aromatic.

The Columbian harvests take place between October and February, and then again between April and June. Columbian farms grow Bourbon, Typica, Caturra and Maragogype coffee cultivars.

Coffee was first planted in Mexico in the late 1700's. The coffee bean grown in Mexico is generally considered to be an uncomplicated bean, and is used more as a base for blending. The Mexican farms grow Bourbon, Mundo Novo, Caturra and Maragogype cultivars. These are usually grown organically on small farms.

The climate in Guatemala is very diverse due to the soil, rainfall, humidity, altitude and temperature. For this reason, Guatemala has seven distinct coffees that are produced. The time of harvest varies throughout the regions, but is primarily October through January.

Sumatran coffees are some the heaviest, yet smoothest and most complex coffees in the world. Their most notable coffees are the Mandheling and Lintong types. These are grown inland.

The coffees produced in Honduras are generally considered unremarkable in quality, but are a good base for use in blending. The Honduran harvesting takes place between October and March and generally the wet process method is used. The Honduran farms grow Bourbon, Caturra and Typica coffee cultivars. Very little of the Honduran coffees or coffee blends reach the United States. 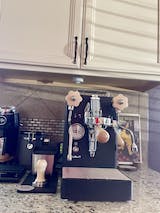 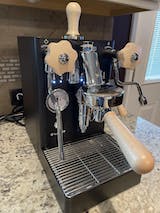 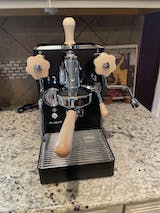